I might officially have the two stupidest dogs on the planet.

I’m still in Canada visiting my grandparents, whose house is right on the lake. Not lake close. Not lake side. Lake on.

My two golden retriever puppies, Patty Mayonnaise and Dr. Pepper, are H2o enthusiasts. They swim like otters who have spend the entire morning unattended in a candy shop. Patty, in particular, is aqua obsessive. She will figuratively swim until she dies. Pepper enjoys BEING in water, but less so the physical aspect.

Let’s omit the part where it took them 15 minutes to even figure out that the house was near a body of water. Namely, the 15 minutes it took for me to put a swimsuit on and take them down to the beach. Come on, dogs.

No, the part that had me in stitches was the part where my dear dogs could not see the massive schools of spawning carp that were literally underneath their noses.

Side note – did you see what I did up there with the correct usage of figuratively and literally? That’s how it’s done, internet.

Each spring, the lakefront right outside my grandparent’s house is home to multiple healthy populations of fish… uh… doin’ it. As only fish can do. Meaning by laying eggs and – you know what, you get the idea.

I distinctly remember one day when I was a kid, about 7 years old. I was swimming in the shallows and I caught, with my bare hands, a pike who was clearly sedated by his (her?) post-coital bliss. I grabbed hold of the struggling serpentine shape and high-tailed to the house, where mi familia was enjoying some late afternoon apéritifs.

I proudly walked into the middle of this pleasant gathering, and said (true story), “Look! I caught dinner!”

It took some time for then to convince me to put the fish back in the lake. Apparently people don’t eat pike (reasons why I’m single #4 – I’m wicked good at catching spawning pike).

Long story summarized – lots of fish up in this lake. Massive fish. I saw at least five 10-pounders.

What catches my dog’s attention, pray tell? What makes them raise their hackles and growl and clash their teeth? 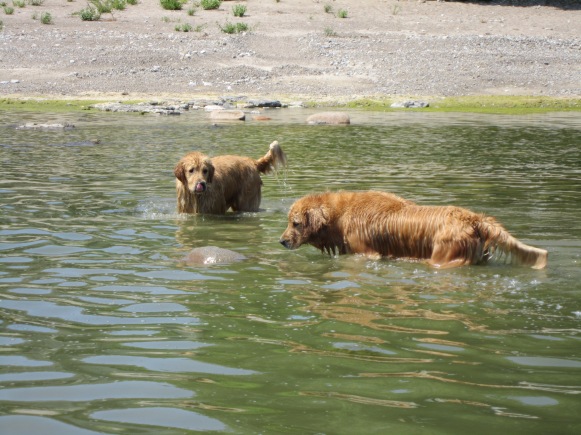 This inanimate, non-threatening rock. Keep in mind there are huge fish swimming INTO my dog’s legs (fish are dumb).

But no, apparently the rock was a bigger security issue than the fish.

I have two dogs– Patty Mayonnaise and Dr. “Doug Funny” Pepper(mint). Patty is about a year older than Pepper- she’s approaching three. I’m a little concerned she might think that she’s a dude.

Pepper’s had a fair amount of success at getting Patty to be his pillow, too.

When they aren’t eating or sleeping or barking at random passersby (how DARE they walk by THIS HOUSE), my dogs spend a fair amount of their days play fighting with each other, as dogs do. They’ve always been pretty boisterous about this, and when Pepper was small, Patty used to let him “win”. However, recently I’ve noticed that Patty has been aggressively mounting and humping her baby brother, a move that Dr. Pepper never adopted. The weird part is that for the most part, Pepper is completely unfazed by this happening.

Now, I know this is going to sound cat-lady crazy, but I’m pretty sure that my dogs understand English, because I totally called Patty out for doing it like the Discovery Channel yesterday, and she made a noise that sounded like a sea lion having a temper tantrum, dismounted, and stared at me for a solid minute with her best Interview Oprah face. 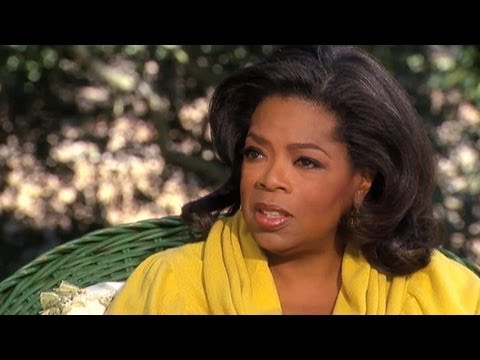 Oprah is disappointed in your choice of words.

So at that point my one dog was looking at me like a teenager who just got told she wasn’t allowed to go to prom, and the other dog was chewing on his foot (Pepper’s a little slow). And  then I started to feel guilty about telling Patty off, so I sat down with her and explained that I still loved her no matter what life choices she decided to make and that if she wanted to act like a boy dog, I would support her, and she made a loud snorty huff sound and kind of buried her head into my chest as I told her that it didn’t matter whether or not she had a wee-wa, but it was the inside that counted.

I that that was the point in our conversation when my mom walked in and asked me why I was talking to Patty about wee-was, and I started laughing because I totally got Mom to use the word wee-wa and apparently I have the mentality of a 7 year old, and then I realized I’d just had a sex and gender identity talk with my dog.

I looked it up and I guess that dogs just use humping as a sign of dominance, whether they are male or female, but the next time she did it we totally had a moment where she looked at me like thanks for approving of my chosen identity Mom. And I may be cat-lady crazy, but man I feel like an understanding parent.

I just wish that Pepper was more into humping things than eating cat poop out of a litter box.